Bradford Reed has been playing his pencilina for over 30 years in different projects and musical contexts. 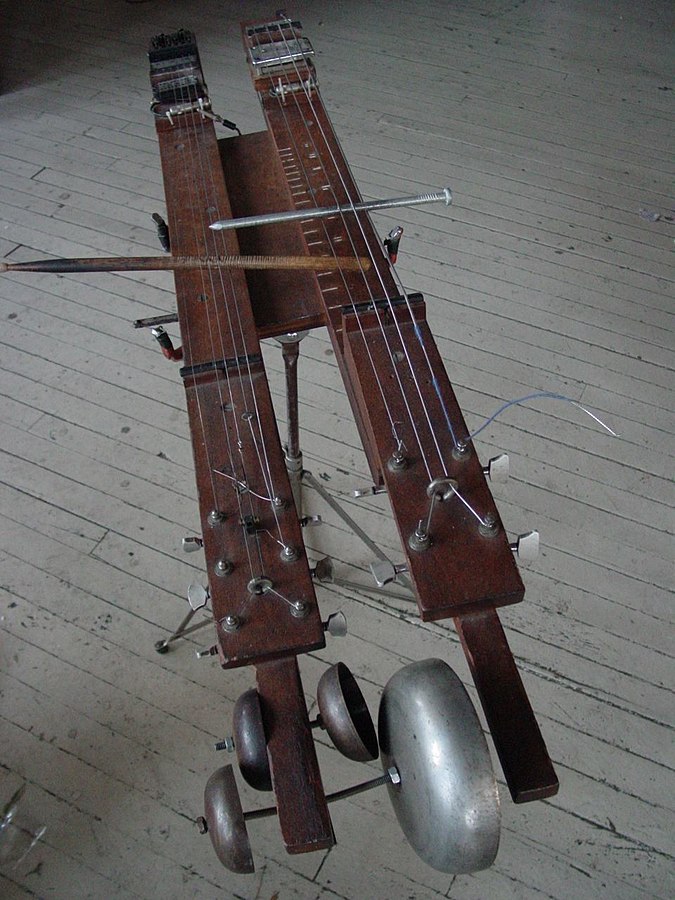 The pencilina is similar in construction to two long connected thin zithers. Its two "necks" each have a bridge, tuning pegs, and a set of strings; six strings on one neck and four on the other. Both are open tuned. The treble tuning is adjustable via a multiple tuning bridge. Wedged over and under the strings is a wooden drum stick for the treble strings and a metal rod for the bass strings, which divide each string into two segments with different pitches. The divided strings can be then played separately, resulting in various harmonic overtones. 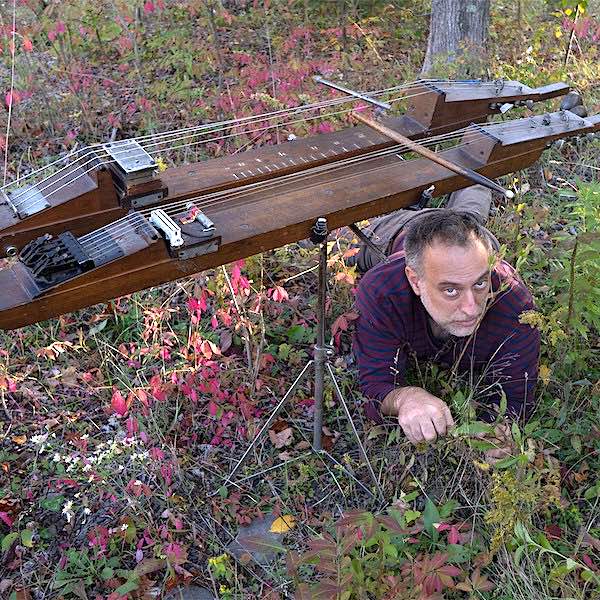 I invented an instrument called the pencilina when I was a teenager a that I've been playing for 37 years. My main influence at the time was Fred Frith and Glen Branca (via sonic youth). I've played it in numerous bands and projects over the years including for film and TV scores. I'm currently playing it in a few different bands (usually in conjunction with drums) including Satellite and The Harpoonist, Anthems of the Void, The Dirt Whisperers and for live film scores with Order of the Illusive and Reel Orchestrette. Recently I've been jamming with A.I. in the Patch & Reed project. Instagram is the best way to see what I'm up to.


Connect with Bradford Reed
How you can help me:
Stay tuned in Youtube and Instagram for various projevts and events.
If you like this project, please make a small donation to the artist.