Thai music band with robot made with hard disk arms

It follows the principle of electro-magnet for movements, to hit, to pluck, or to close and open the airway of the various musical instruments.
This is done by the collaboration of the reading arm of the hard disk and the wire coil with permanent magnets, which are fixed at both sides of the coil.
When electric current is introduced into the wire coil, a magnetic field is created around it, which eventually opposed with the magnetic field of the permanent magnet.
This leads to the movement of the reading arm around the centre, which would provide enough energy to hit, open and close the airway, or pluck the strings and produced sounds. 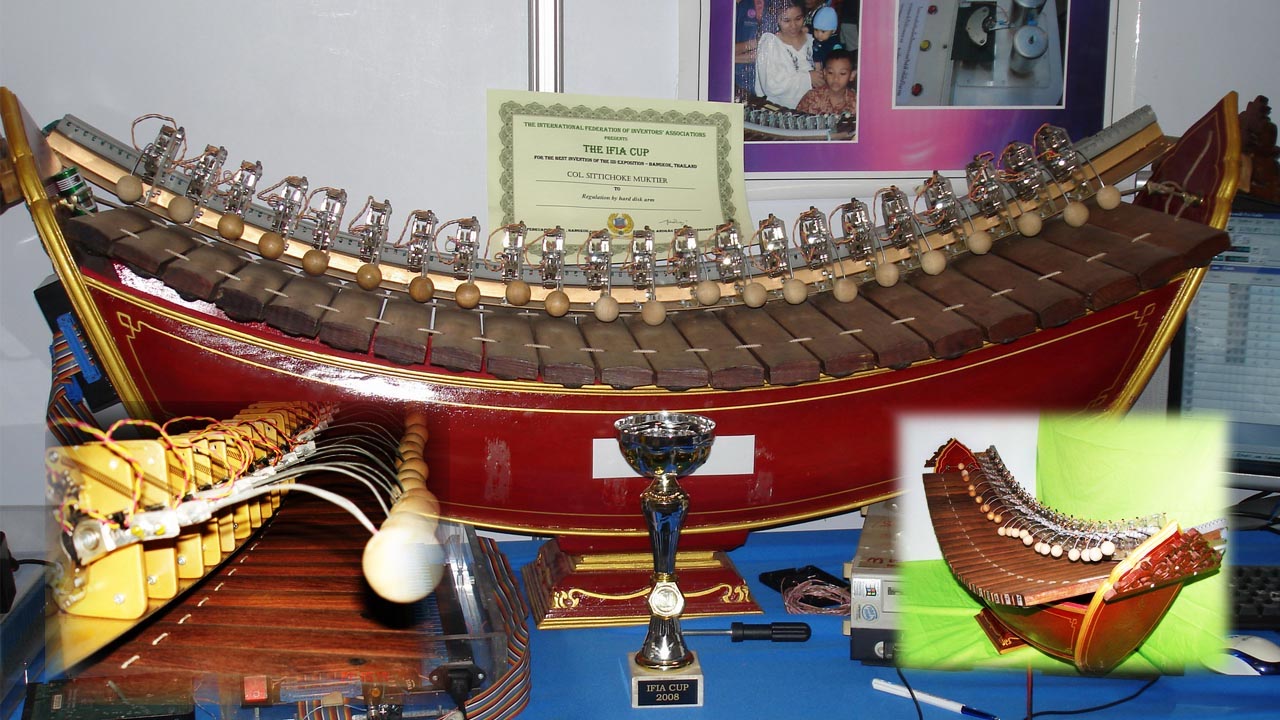 The electric signal for controlling the rhythm might be connected from the electric switch by using the current from the torch battery of 6-9 volts, or the signal from the computer, which required the knowledge of hardware and music. In case of this example, the file type Midi, which is in the karaoke CDs, are used by a circuit to divide the notes signal of individual instrument and send them to each reading hand of each instrument.

Percussion
This is based on the property of the electro-magnet that distributes the electric current to the wire coil and created the magnetic field around it. This magnetic field will oppose the magnetic field of the permanent magnet and will make the reading arm move in a bending like manner, therefore hitting sticks are attached to it in the cases of the musical instruments like bamboo xylophone, taleang, drums, cymbals, circle tam-tam, pong-laang and many others.

Wind instruments
Such as Lao reed mouthorgan, organ or harmonium.
These can be played by basically the same principle with that of the percussion, but instead of using the force to hit, it is used to open and close the airways of the instruments. Or to be précised, the reading hands are used instead of fingers.


Side story Increasing the force of the hard arm in the event that more force is required, such as drumming or some traditional music, by using more than one hard drive arm into two or three arms with parallelism. as well as increase the power in a short time.
Modifying the sound of the notes in different types of instruments that have the same number of notes, for example, the Chinese instrument is a 5-note system that has to be changed to a 7-note system in order to be able to play Thai music.

We want to combine the use of waste materials and the promotion of arts and culture to attract children and young people to these things.

Eight instruments were included for about three years.

About 4000 dollars for 8 instruments.

There are pieces created with waste materials such as a hard drive, a small motor from a camera, broken computer printer, internal mechanism of perfume atomizer to create a toy STEAM teaching aids.

Just want to use it as an example for teaching invention. and programming.

Knowledge of folk instruments and notes. 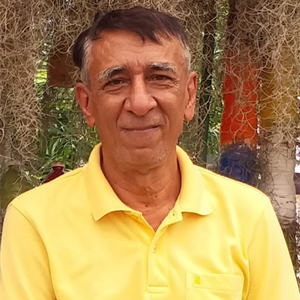 Try to use recycle materials to create things.


Connect with Col.Sittichoke Muktier
How I can help you:
If anyone is interested in this project and want to know more can ask me.
How you can help me:
Help me to share this idea to the kids that want to do something like this especially brings mechanicals inside old hard drive to make the projects because it very low cost.