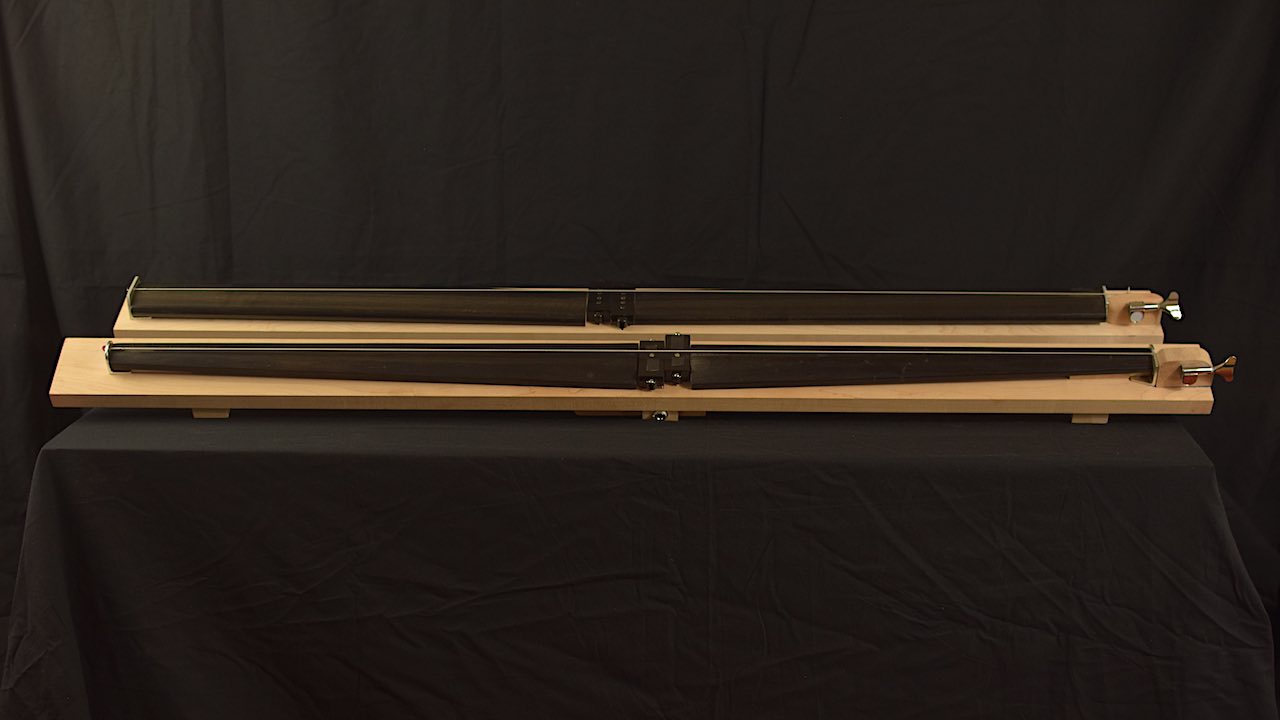 Sudhu has been collecting bandsaw blades for musical purposes for years. Super Strut Bandsaw Bass was a quick test to see if it might be possible to play a tensioned bandsaw blade (similar to Andy Graham’s SlapStick). The experiment was a success and so we have a super industrial bass instrument to complement the Slap-Thwackers.