SnoeSky is an ambient light-sensitive installation designed by Andreas Förster and Christina Komesker which turns the ceiling of a multisensory relaxation room into an interactive night sky where the constellations ring out with sound. 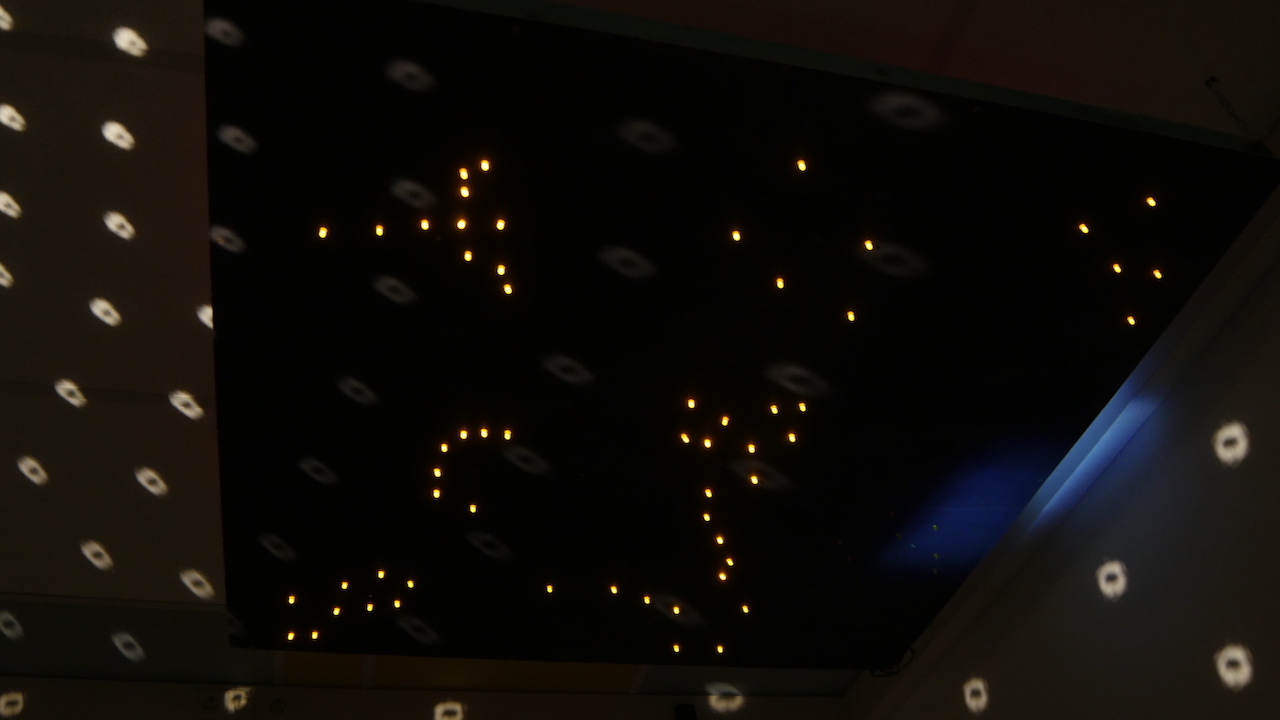 SnoeSky is an accessible digital musical instrument (ADMI) in the form of a starry sky that can be played with a flashlight by Andreas Förster and Christina Komesker. The name SnoeSky is a concatenation of ‘snoezelen’ (dutch for snooze) and ‘sky’, because the ADMI integrates into the ceiling of a Snoezel-Room, a closed space that provides multisensory stimulation in a soothing atmosphere.

SnoeSky was developed for a German special educational needs (SEN) school focusing on intellectual disabilities. The project has been conducted as a collaboration between the College of Music in Trossingen, Furtwangen University and a local SEN school.

The basic idea was to design an ADMI that fits within the context of the Snoezel-Room and which uses the technical elements available there. The room is designed for relaxation and multisensory stimulation and so it seemed appropriate to extend the room with audiovisual elements such as soothing sounds and gentle lights responding to slow movements.

The final prototype integrates 65 yellow LEDs (‘stars’) distributed over a black wooden surface of 1.2 by 1.2 meters fixed on the ceiling above the bed. The LEDs are arranged at the approximate positions of the principal stars of eight constellations.

Each constellation has a corresponding photo resistor that is used to detect the light beam of a flashlight. Corresponding sounds are played over the audio system that also includes a subwoofer under a waterbed providing vibrotactile feedback.


Andreas Förster and Christina Komesker : Researcher, Designer and SEN Teacher
Andreas Förster, born in 1989, is a German PhD Student who specialises in ADMIs for SEN settings. Christina Komesker, born in 1990, is a German SEN teacher. Both are members of the non-profit organisation imui e.V. For more information visit their website http://imui.org