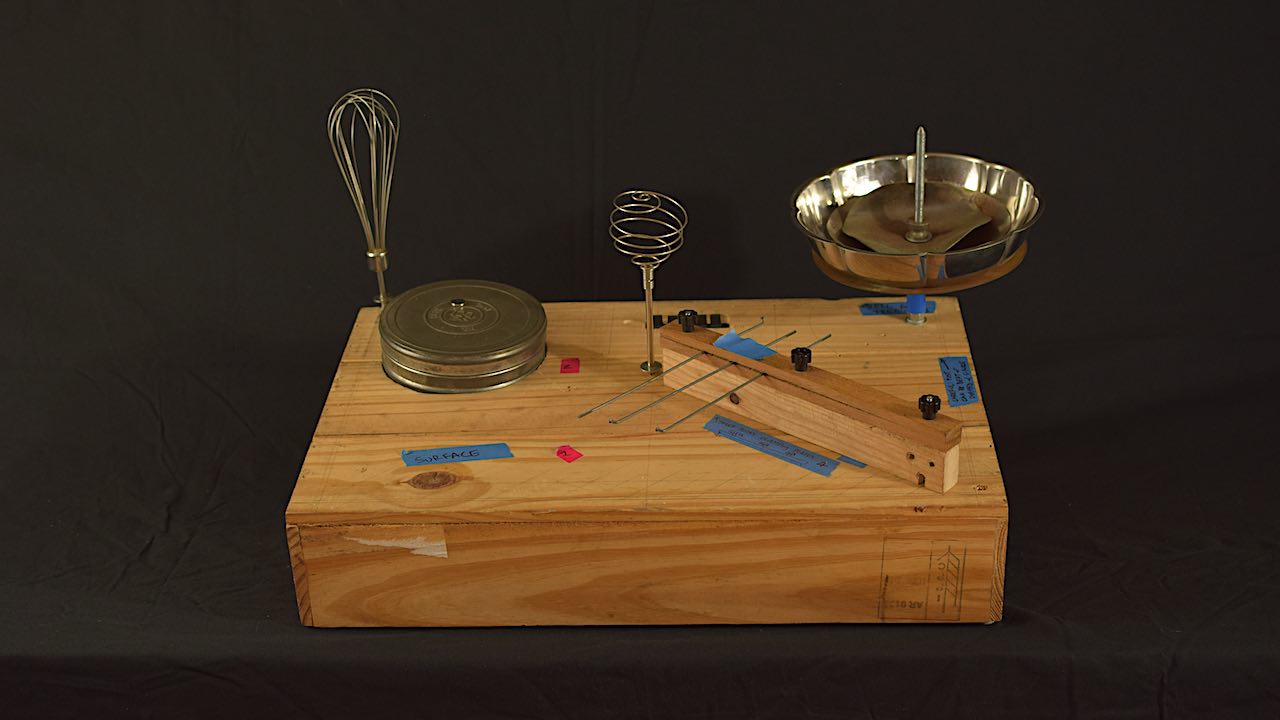 A wine box with contact microphones amplifying several “playing fields”. The instrument arose from an experiment to amplify holes played by a finger swipe - hence the name. There’s a post on which various elements can be mounted, a clamping bridge in which to clamp various items, and an embedded metal tin into which various objects can be dropped and manipulated. Switches control which microphones are active, thereby affecting the sound quality and listening space.


Side story Sudhu is a tinkerer of genius. He plunders garages and junkshops and scours the streets for the sources of his sound world. The smallest spring may turn into a potential orchestra, the bluntest needle into a sharp response. But the thing is, what is really going on is intense listening. As he says: “From my perspective, this project is about making instruments that serve the purpose of making the kinds of music that we make together, or that we might want to make, along with a healthy dash of simply trying things to see if they might result in something amazing that we would never have thought to do. - Fred Frith