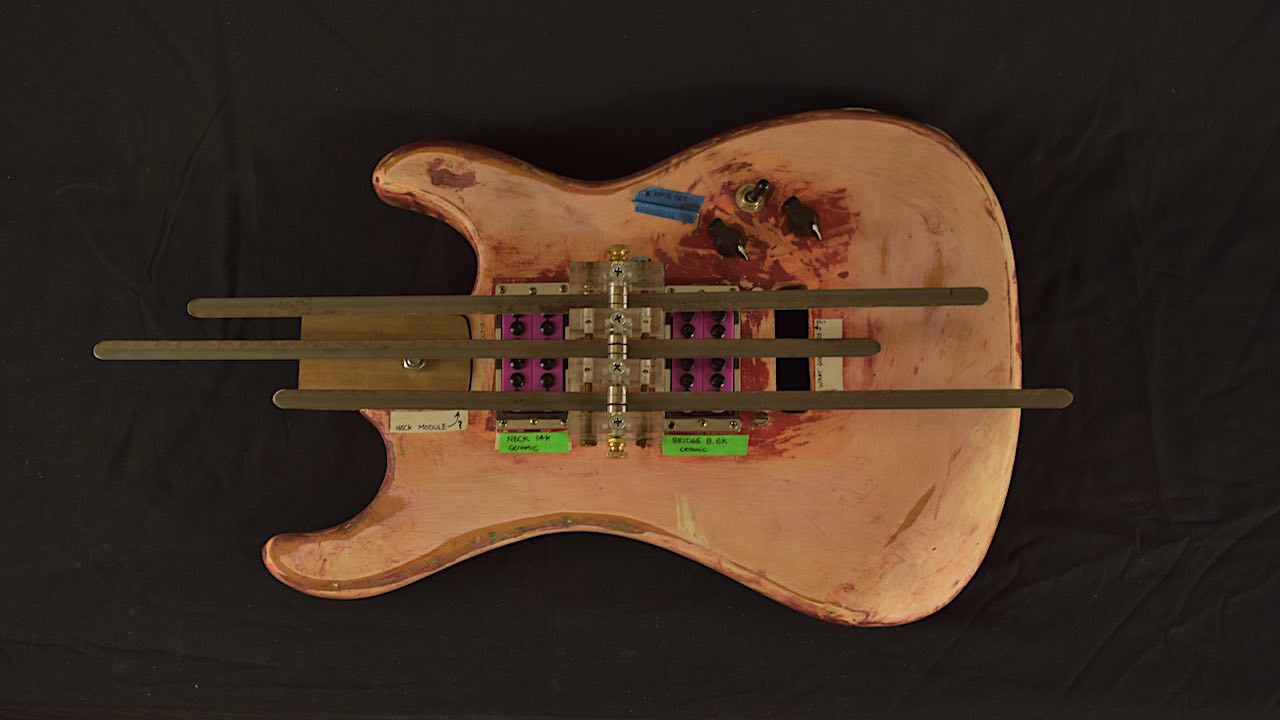 No Strings Guitars are modular instruments for experimentation and improvisation. NSG’s consist of a guitar body (no neck necessary!) with magnets embedded between the pickups for mounting interchangeable modular “sounding devices” designed for speedy insertion and removal. The power of the NSG lies in this ability to quickly change the sounding modules and incorporate new ones. The entire instrument does not have to be rebuilt to produce completely different sounds. So far we’ve created several modules (and the possibilities are endless):

—very long kalimba tines, could be used as a prepared toy piano.

—a mini spaceplate, bronze rods on a steel sheet, called the Sonic Ray in honor of
Tom Nunn’s spaceplates