A Calliope built from a 1200 pound block of granite. 45 holes were drilled and tuned to produce the notes. Blowing compressed air across the holes make the notes play. 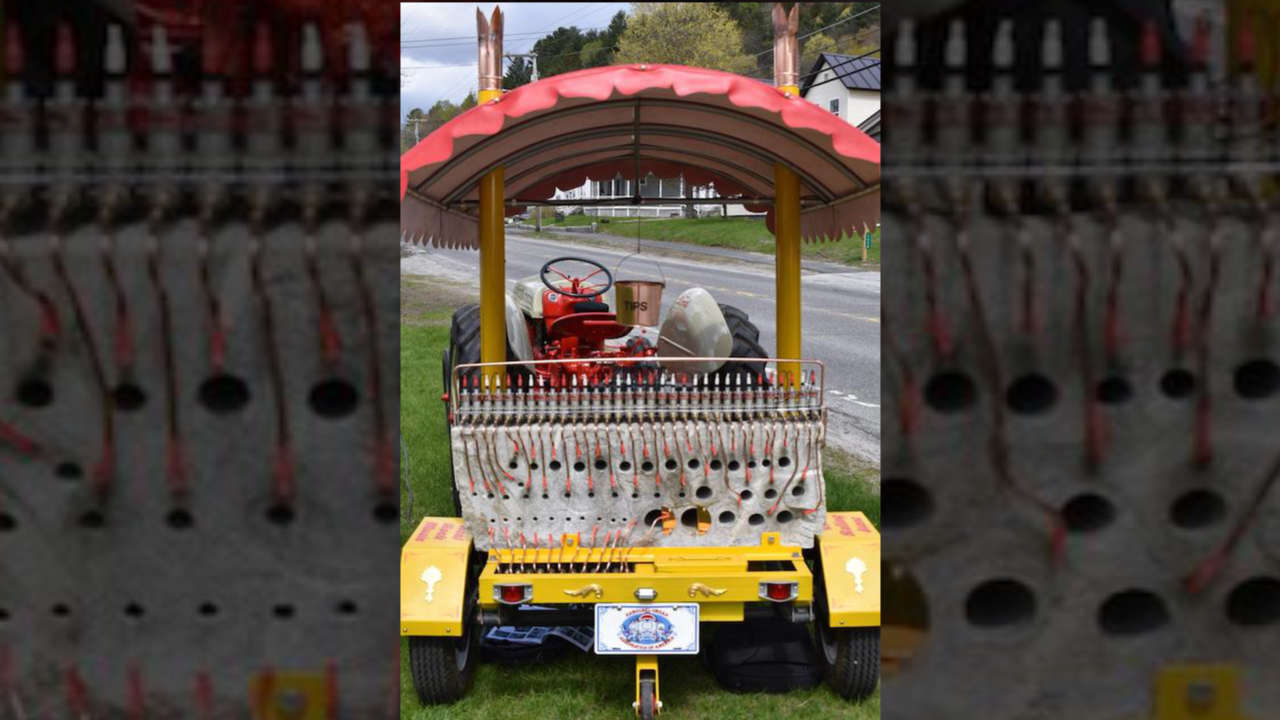 I had a really big rock sticking out of the ground a few feet in my field and I had been mowing around it for 30 years. One day I was driving by it with the backhoe and decided to find out how big it was. After several hours of digging, I had unearthed a whale shaped rock that was 5 feet high, 6 feet wide, 13 feet long and weighed an estimated 50,000 pounds. To split the rock I drill a series of holes ¾” in diameter and about 6” deep to accept the wedges. After drilling the hole, dust and chips have to be removed before inserting the wedge. I use a blow gun and compressed air to clean the holes. It took about 3 days and several hundred holes to break the whale into 2 foot cubes. To amuse myself while drilling all those holes, I would blow air across the holes, like blowing on a bottle, to make the holes whistle. The holes would make different sounds depending how deep they were. I wondered if I could tune a rock. All of a sudden I had the idea of building a granite calliope.


Side story This project was a real exercise in problem solving. I knew that I could drill holes in a rock, but how would I tune them?

I found a guitar tuning app for my iPod. I could blow across a hole and the app would tell me which note it was playing and if it was sharp or flat. I could adjust the depth of the hole to get it in tune. I drilled and tuned several holes to check it out.

Next I needed an air valve to control the air. I tried several valves before I found one that supplied enough air at the right price that I could run on batteries. I ordered a few of them.

Next I had to be able to control the valves from a computer. I had never used MIDI so I did some research and designed a MIDI controller to connect the valves to the computer.

With these problems solved, I spent the next several months drilling, tuning, plumbing and wiring the calliope. This is the biggest project I have undertaken singe building my house and I have enjoyed every minute of it.


Frequently Asked Questions
How long did it take to make it?

About 1500 hours and counting. I keep thinking of improvements

How do you control the air blowing across the holes?

I use electric air valves to turn the air on and off. New air valves cost over $100 each, that was too much for my budget. I found some military surplus valves for $10 each. They turned out to be hydraulic valves built for use in jet planes. They were manufactured in the 1950's and were in their original packaging.

How much air does it take to play a note?

I use 50 pounds of air pressure to play the holes. I use a gasoline powered air compressor to supply the air.

How does a rock produce sound?

I drill holes in the rock and blow air across the holes, like blowing on a bottle. The holes very in diameter and depth to produce the different notes.

How do you play the calliope?

I don't play a keyboard, so I built the controls to use a MIDI signal from a computer. I use a program called Music Time to enter and play music. Because the calliope is MIDI controlled, I connected a MIDI keyboard up play it. I found a Bluetooth to MIDI adapter and can play the calliope with my iPhone.

How many notes does it have?

How much does it weigh? 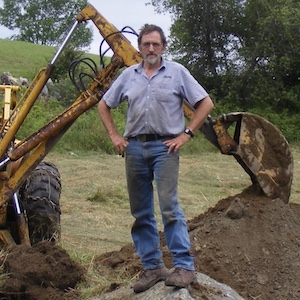 I am a retired computer engineer. I have been retired for 33 years and have loved every minute of it (I was 42 when I retired). To quote a friend"s wife "Here is a man with lots of time on his hands - and knows how to use it".


Connect with John Gordon
If you like this project, please make a small donation to the artist.