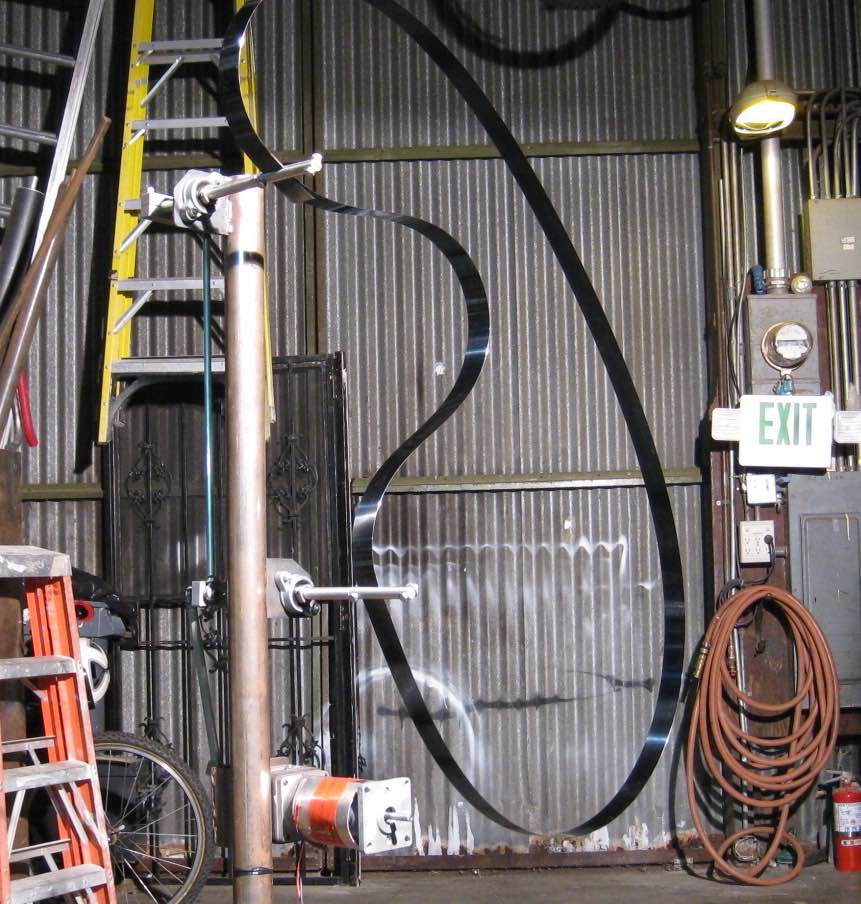 This is an experiment I did with a 3" wide band of spring steel animated by a servo motor. The steel is clamped onto 2 shafts that can rock back and forth at varying speeds. Changing the speeds causes the steel to move in a rhythmic manner varying from steady to unstable.
Video was shot in my studio


Side story The Snapper is an example of 3"x .025" spring steel placed under evolving tension