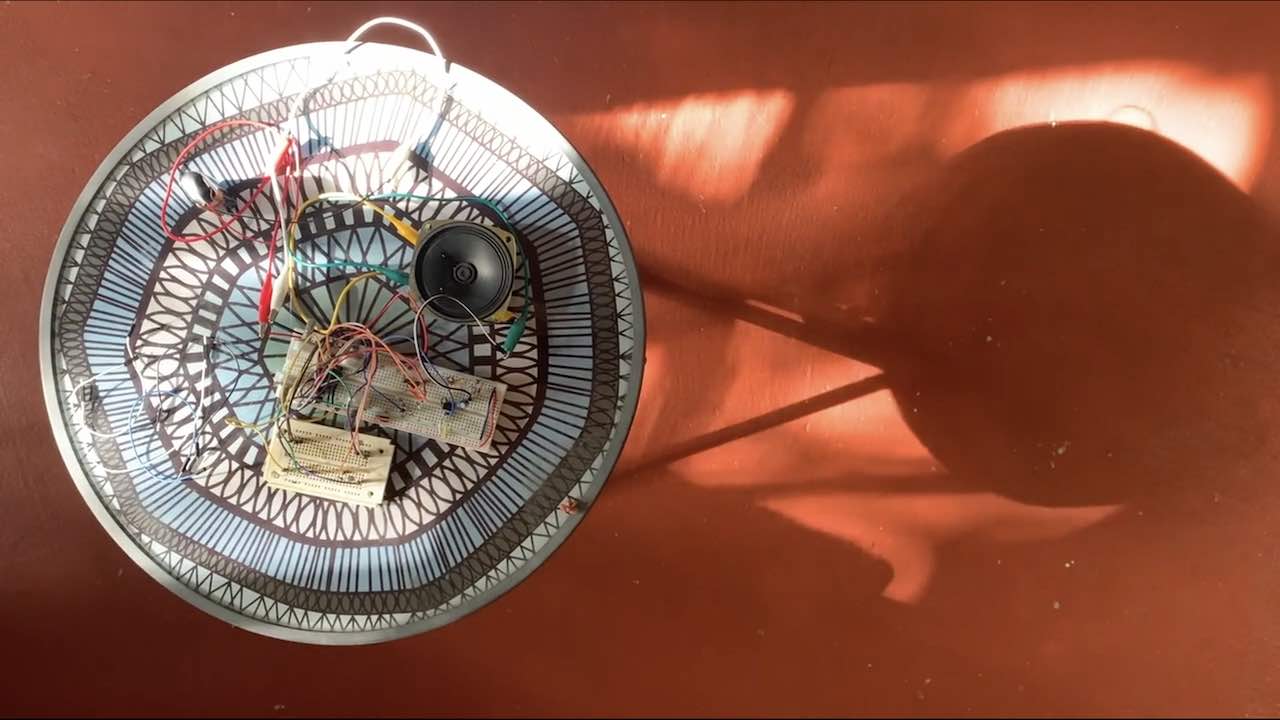 Side story After the pandemic got around the one year mark I started feeling really desperate to play music with other people. I started to wonder how I could collaborate with some of the things around me instead. Trees were a great place to start for lots of reasons. Branches and leaves move and creak in the wind, make the light flicker, or drip water when it rains. Driftwood in the river bumps and wiggles and sloshes. The world around us is noisy! Maybe my way of collaborating could be finding creatively selective ways to amplify the movements of things that are already happening. The first step was just to find cool ways to let these objects play with microphones. Then when I learned how to build some basic oscillator circuits in a workshop with Dogbotic Labs my voice became louder in the mix through choices I made in my circuits. These videos are quick snapshots of some of my favorite moments over the past few weeks.


Tyler Harwood
Tyler Harwood is a noisemaker and printmaker currently living in Louisiana. Emerging from the 80’s noise/punk/industrial scene of Houston, he barreled into the 90s experimental rock scene in Austin, then scuttled off to the Bay Area to explore the vast avant-garde treasure trove it had to offer. In 2014 he moved to New Orleans where he runs a small printing studio, reads comics, pokes at circuits, and makes suits out of beans. Notable musical projects include Brown Whörnet, Chablis, Three Day Stubble, Neung Phak, and his long running solo project Anti-Ear.