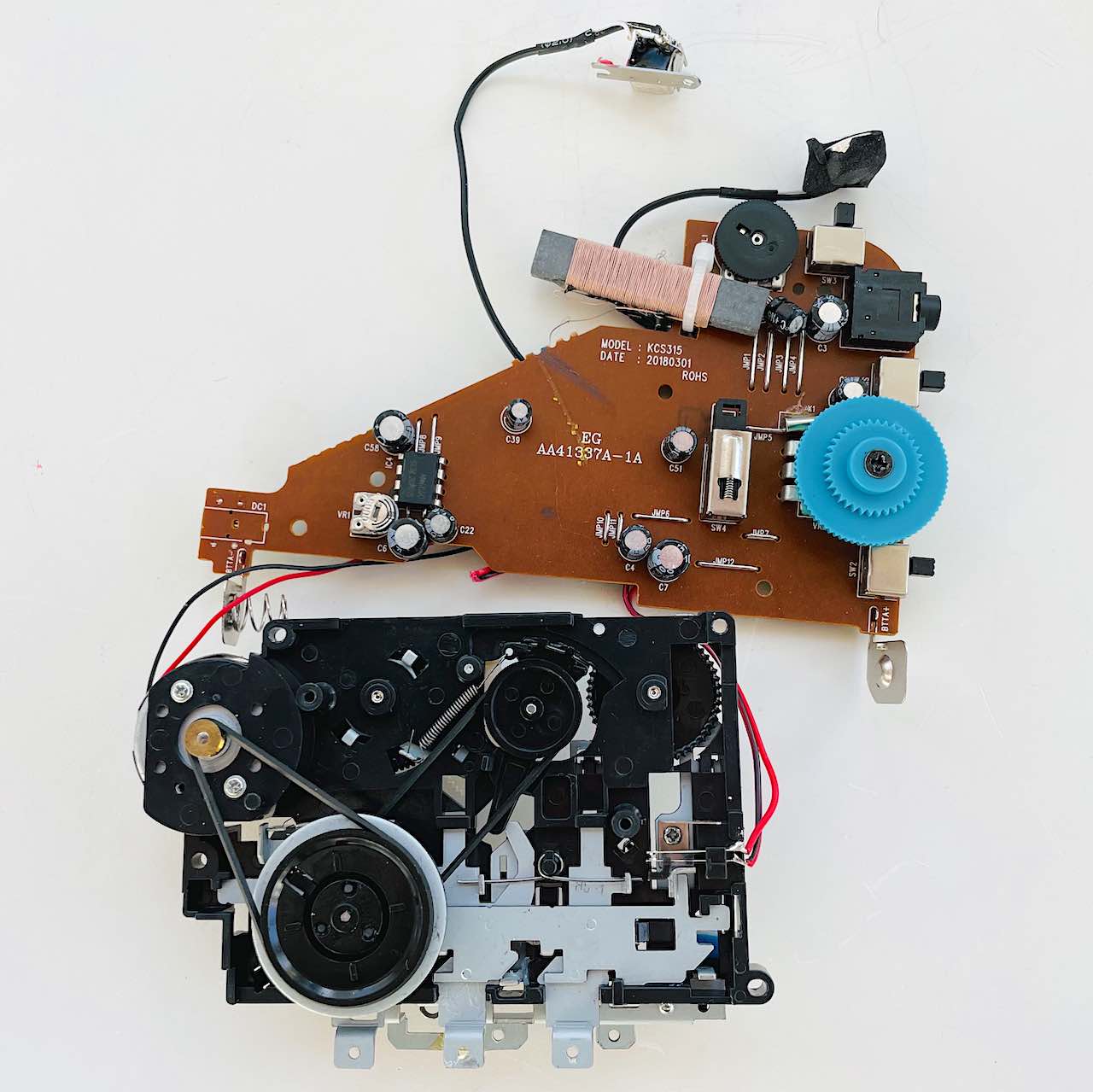 Side story I’m Shane Culp and I’ve been experimenting and building homemade electronic instruments for 8 years. I’d never worked with actual cassette tapes, or tape players until I discovered the Dogbotic tape hacking workshop. It's something I’d thought about but I needed the workshop to get me started. It's still very early in my tape hacking journey. I tend to try something new then iterate and refine over a series of projects. Ultimately I like to build objects that are sturdy enough to use in live shows. After the workshop I simply recreated what I had learned there to make sure I understood it. Early hacked tape decks just had jacks and pots glued to the enclosures. I then started building breakout boxes for the new modifications I was adding. I experimented a great deal with adding a line-in to record to tape from these generic walkmen that only had the ability the record from an internal mic or the radio. This led me to have several versions of this hack including one that could record my synths on top of the radio signal. I also took the advanced tape loops and tape echo workshops. This led me to completely tear down one of the tape decks to better understand its constructing and help me come up with ways to rebuild them into new devices. I’m currently working on a new version of the tape echo machine that I hope to build into a new art piece in the near future.


Shane Culp
Shane Culp received his Bachelor of Fine Arts degree from University of North Texas in Denton, TX. While attending university Shane joined Good/Bad Art Collective, an artist run studio/gallery collaborative space. G/BAC organized solo and group shows at its own space as well as created large scale installations and performance based conceptual art at various galleries and museums in Texas and New York. While in G/BAC Shane joined Mission Giant, an experimental electronic band that performed at venues, galleries and museums throughout Texas. Mission Giant strived to create unique performances infusing elaborate stage sets, costumes and video projections into its synth-pop act. Shane moved to New York City to pursue a career creating interactive entertainment for MTV Networks, LEGO, and Adult Swim among others. After over a decade in game development Shane shifted his career to early childhood education developing apps to foster lifelong learning and a love of reading. Shane began designing and constructing his own experimental electronic music instruments in 2012 that have been exhibited in galleries and used in live performances with Myopic, Nite Risk and Ancient Futures. Shane continues to research, develop and evolve his interactive electronic works.