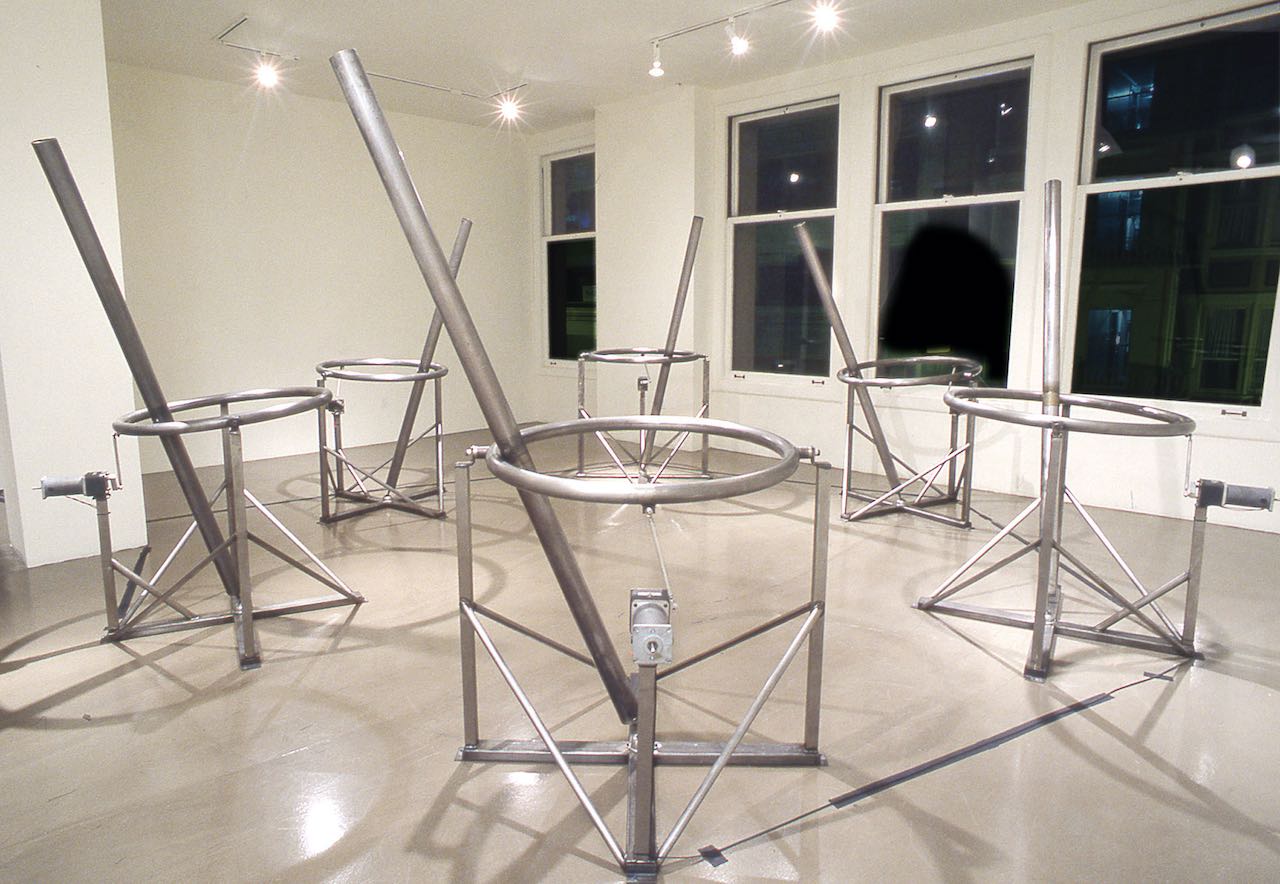 I designed the Rotifier to achieve a continuous rolling sound of metal. I settled on this design of a horizontally mounted steel ring 38" diameter that could rock up and down via a servo motor. A 3" diameter steel pole is mounted about 3' below the ring on a ball transfer. This allows the pole to roll around the inside edge of the ring as it rocks up and down, the pole is generally rolling downhill.(A ball transfer is a steel ball about 1" diameter that is sits in a hemisphere of small ballbearings so it spins easily. They are used in shipping areas to allow boxes to slide along)

The movements of the Rotifiers were generated in a MAX MSP patch written by a colleague, Bill Hsu.


Side story The Rotifiers were an the result of pursuing a continuous rolling motion, a continuous rolling sound, using a horizontally mounted ring that could oscillate and cause a steel tube to roll around.
I had been messing around with this idea when Kim Stringfellow got in touch and asked if I wanted to do something in a series she was producing at San Diego State University.
This was the result.