This project is a physical interface I made out of cardboard and tinfoil which I hooked up to a Makey Makey. It triggers 3D animations in p5.js as well as sends MIDI signals to Sonic Pi to create the sounds. 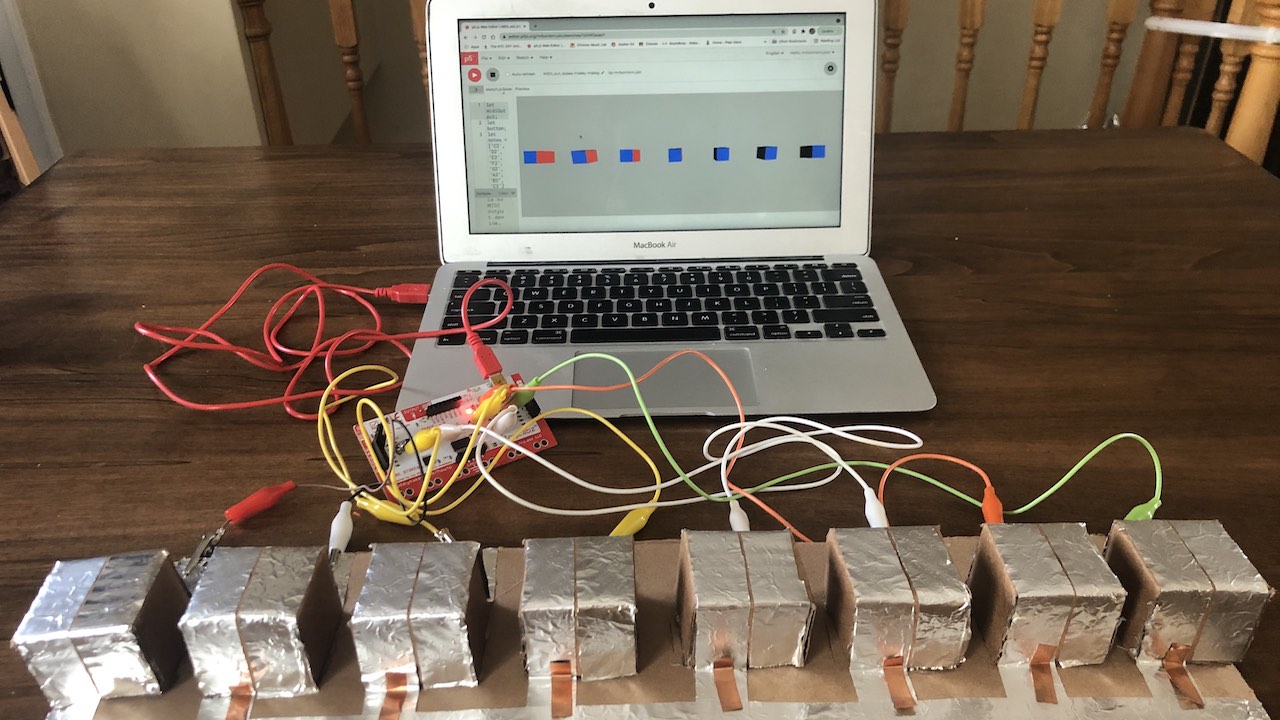 This was a short project I put together to experiment with creating a 3D interface in the physical world that could also connect to 3D visuals in the digital world. The code in p5.js uses keyPress events to work with the Makey Makey. It also is sending MIDI messages using the webMidi to trigger sounds in Sonic Pi.

Note: If you want to use this, you'll need to change the part of the code for which midi device is used for sending output. It is indicated in the code and all available outputs will appear in the console when the sketch begins.

(This code was adapted from this tutorial by Luisa Pereira: https://medium.com/@luisa.ph/making-your-own-musical-instruments-with-p5-js-arduino-and-webmidi-2422b9596791)

I was playing around with sending MIDI messages from p5.js to SOnic PI and I wanted to make some sort of physical MIDI controller. I have done a lot of projects with Makey Makey and p5.js but I wanted to play around with the 3D shapes in p5 as corresponding visuals to the sounds. So I liked the idea of having 3D shapes in both the digital and physical space.

Code: I had been tinkering with different versions of this code for a while, so not too long.
Physical Controller: Maybe an hour or cutting cardboard, hot glueing it together, and pasting on the tin foil.

I've been playing around with Makey Makey for about 4 years.
p5.js for 3 years.

Besides the Makey Makey, just a few cents in tinfoil and hot glue.

Nope. Just a project to amuse myself.

I'm constantly playing around with Music projects with code and hardware.

Here's a link to the p5 code: https://editor.p5js.org/mrbombmusic/sketches/1dAWOwawY 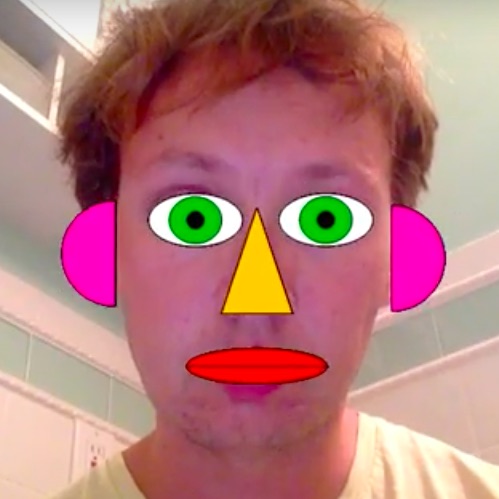 I am a musician and educator who teaches at a public middle school in Queens NY. I have spent the past several years exploring how coding and technology can be incorporated into creative music making experiences. I work with coding and hardware to make musical instruments and interfaces that can be played in the physical world as well as strictly code based projects that can used as instruments.

I do this as a hobby but also have found ways to bring the experience of creative coding and physical computing to my students. I also have led several workshops both in person and virtually about combining music with coding and technology using different languages and hardware.


Connect with Liam Baum
How I can help you:
I have several coding tutorials on youtube for p5.js and Sonic pi.
Send me an email if you have any questions about one of my projects.
Check out my github for code for certain projects: https://github.com/mrbombmusic
How you can help me:
Check out my other projects and tutorials on youtube.
Follow me on twitter.
Book for a workshop.